Linux privileged containers are currently used for a variety of key scenarios in Kubernetes, including kube-proxy (via kubeadm), storage, and networking scenarios. Support for these scenarios in Windows previously required workarounds via proxies or other implementations. Using HostProcess containers, cluster operators no longer need to log onto and individually configure each Windows node for administrative tasks and management of Windows services. Operators can now utilize the container model to deploy management logic to as many clusters as needed with ease.

How does it work?

Windows HostProcess containers are implemented with Windows Job Objects, a break from the previous container model using server silos. Job objects are components of the Windows OS which offer the ability to manage a group of processes as a group (a.k.a. jobs) and assign resource constraints to the group as a whole. Job objects are specific to the Windows OS and are not associated with the Kubernetes Job API. They have no process or file system isolation, enabling the privileged payload to view and edit the host file system with the correct permissions, among other host resources. The init process, and any processes it launches or that are explicitly launched by the user, are all assigned to the job object of that container. When the init process exits or is signaled to exit, all the processes in the job will be signaled to exit, the job handle will be closed and the storage will be unmounted. 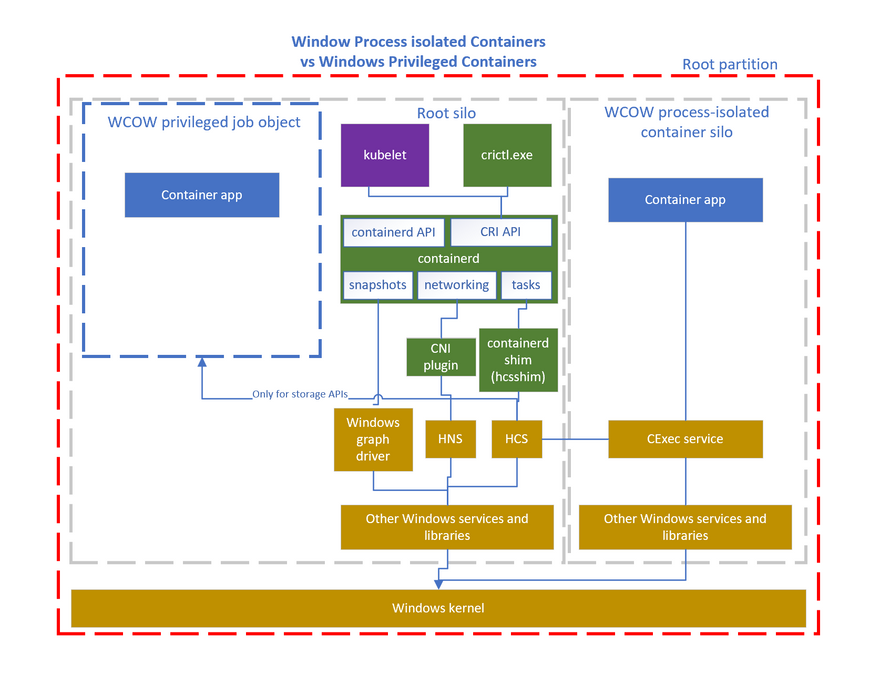 How can I learn more?

How do I get involved?

HostProcess containers are in active development. SIG Windows welcomes suggestions from the community. Get involved with SIG Windowsto contribute!

How to Use Grep with -A and -B Options for Efficient Text File Searching in Linux Systems.

How to Reset the Root Password of Linux (CentOS 8)