Announcing the release of Kubernetes v1.25! 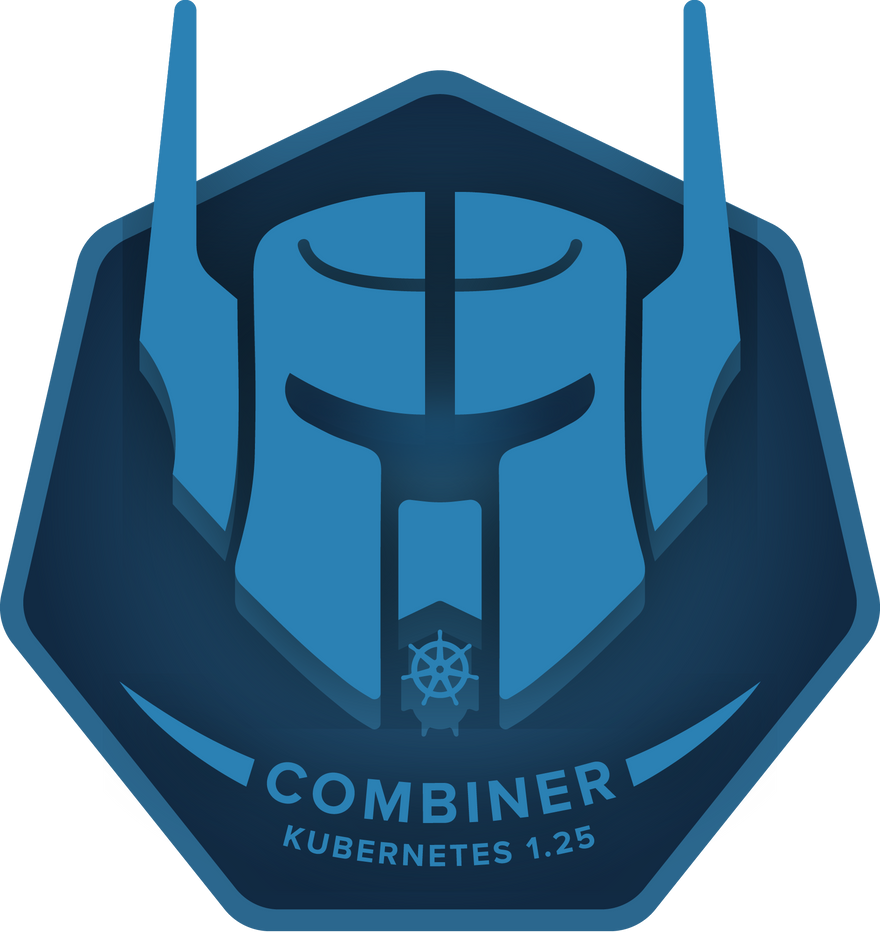 The theme for Kubernetes v1.25 is Combiner.

The Kubernetes project itself is made up of many, many individual components that, when combined, take the form of the project you see today. It is also built and maintained by many individuals, all of them with different skills, experiences, histories, and interests, who join forces not just as the release team but as the many SIGs that support the project and the community year-round.

With this release we wish to honor the collaborative, open spirit that takes us from isolated developers, writers, and users spread around the globe to a combined force capable of changing the world. Kubernetes v1.25 includes a staggering 40 enhancements, none of which would exist without the incredible power we have when we work together.

Inspired by our release lead's son, Albert Song, Kubernetes v1.25 is named for each and every one of you, no matter how you choose to contribute your unique power to the combined force that becomes Kubernetes.

PodSecurityPolicy was initially deprecated in v1.21, and with the release of v1.25, it has been removed. The updates required to improve its usability would have introduced breaking changes, so it became necessary to remove it in favor of a more friendly replacement. That replacement is Pod Security Admission, which graduates to Stable with this release. If you are currently relying on PodSecurityPolicy, please follow the instructions for migration to Pod Security Admission.

Ephemeral Containers are containers that exist for only a limited time within an existing pod. This is particularly useful for troubleshooting when you need to examine another container but cannot use kubectl exec because that container has crashed or its image lacks debugging utilities. Ephemeral containers graduated to Beta in Kubernetes v1.23, and with this release, the feature graduates to Stable.

It has been more than two years since the Linux kernel cgroups v2 API was declared stable. With some distributions now defaulting to this API, Kubernetes must support it to continue operating on those distributions. cgroups v2 offers several improvements over cgroups v1, for more information see the cgroups v2 documentation. While cgroups v1 will continue to be supported, this enhancement puts us in a position to be ready for its eventual deprecation and replacement.

Moving container registry from k8s.gcr.io to registry.k8s.io got merged. For more details, see the wiki page, annoucement was sent to the kubernetes development mailing list.

SeccompDefault promoted to beta, see the tutorial Restrict a Container's Syscalls with seccomp for more details.

The Local Ephemeral Storage Capacity Isolation feature moved to GA. This was introduced as alpha in 1.8, moved to beta in 1.10, and it is now a stable feature. It provides support for capacity isolation of local ephemeral storage between pods, such as EmptyDir, so that a pod can be hard limited in its consumption of shared resources by evicting Pods if its consumption of local ephemeral storage exceeds that limit.

The CSI Ephemeral Volume feature allows CSI volumes to be specified directly in the pod specification for ephemeral use cases. They can be used to inject arbitrary states, such as configuration, secrets, identity, variables or similar information, directly inside pods using a mounted volume. This was initially introduced in 1.15 as an alpha feature, and it moved to GA. This feature is used by some CSI drivers such as the secret-store CSI driver.

Promoted the ServerSideFieldValidation feature gate to beta (on by default). This allows optionally triggering schema validation on the API server that errors when unknown fields are detected. This allows the removal of client-side validation from kubectl while maintaining the same core functionality of erroring out on requests that contain unknown or invalid fields.

Introduce KMS v2alpha1 API to add performance, rotation, and observability improvements. Encrypt data at rest (ie Kubernetes Secrets) with DEK using AES-GCM instead of AES-CBC for kms data encryption. No user action is required. Reads with AES-GCM and AES-CBC will continue to be allowed. See the guide Using a KMS provider for data encryption for more information.

This release includes a total of thirteen enhancements promoted to stable:

Two features were deprecated or removed from Kubernetes with this release.

The complete details of the Kubernetes v1.25 release are available in our release notes.

Kubernetes v1.25 is available for download on GitHub. To get started with Kubernetes, check out these interactive tutorials or run local Kubernetes clusters using containers as “nodes”, with kind. You can also easily install 1.25 using kubeadm.

Kubernetes is only possible with the support, commitment, and hard work of its community. Each release team is made up of dedicated community volunteers who work together to build the many pieces that, when combined, make up the Kubernetes releases you rely on. This requires the specialized skills of people from all corners of our community, from the code itself to its documentation and project management.

We would like to thank the entire release team for the hours spent hard at work to ensure we deliver a solid Kubernetes v1.25 release for our community. Every one of you had a part to play in building this, and you all executed beautifully. We would like to extend special thanks to our fearless release lead, Cici Huang, for all she did to guarantee we had what we needed to succeed.

Join members of the Kubernetes v1.25 release team on Thursday September 22, 2022 10am – 11am PT to learn about the major features of this release, as well as deprecations and removals to help plan for upgrades. For more information and registration, visit the event page.

The simplest way to get involved with Kubernetes is by joining one of the many Special Interest Groups (SIGs) that align with your interests. Have something you’d like to broadcast to the Kubernetes community? Share your voice at our weekly community meeting, and through the channels below:

AI Art: Is It Here to Stay or Just a Fad?

OCP cluster down for several days how to recover?

How to Make Decisions at Work?

Build and Start Local Django Application in a Docker Container