Kubernetes v1.26 includes significant advancements in network traffic engineering with the graduation of two features (Service internal traffic policy support, and EndpointSlice terminating conditions) to GA, and a third feature (Proxy terminating endpoints) to beta. The combination of these enhancements aims to address short-comings in traffic engineering that people face today, and unlock new capabilities for the future.

Prior to Kubernetes v1.26, clusters could experience loss of trafficfrom Service load balancers during rolling updates when setting the externalTrafficPolicy field to Local. There are a lot of moving parts at play here so a quick overview of how Kubernetes manages load balancers might help!

In Kubernetes, you can create a Service with type: LoadBalancer to expose an application externally with a load balancer. The load balancer implementation varies between clusters and platforms, but the Service provides a generic abstraction representing the load balancer that is consistent across all Kubernetes installations. 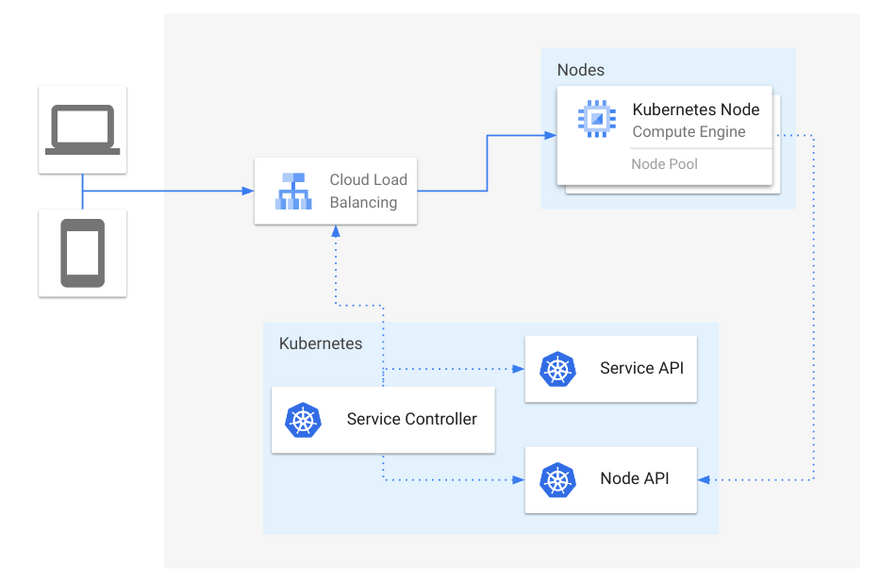 Oftentimes it is beneficial to set externalTrafficPolicy: Local for Services, to avoid extra hops between Nodes that are not running healthy Pods backing that Service. When using externalTrafficPolicy: Local, an additional NodePort is allocated for health checking purposes, such that Nodes that do not contain healthy Pods are excluded from the backend pool for a load balancer. 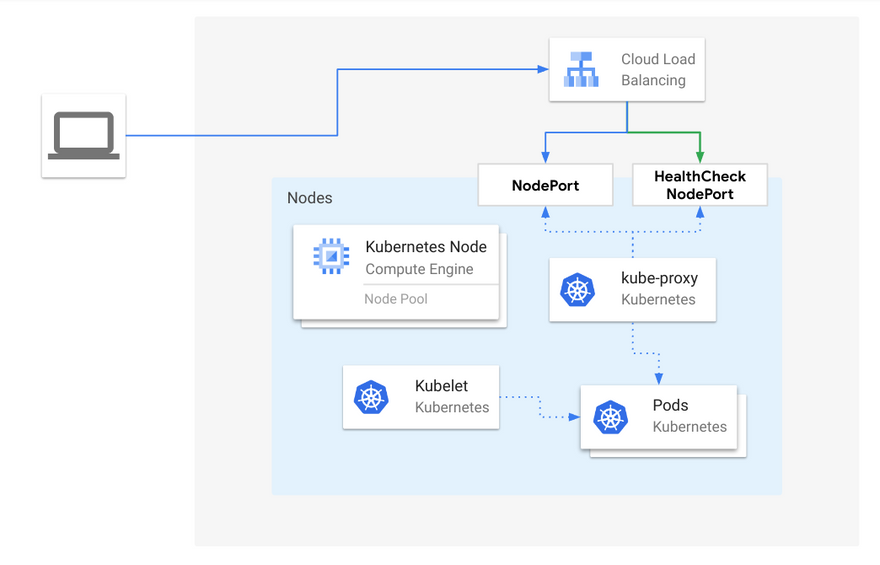 Figure 2: Load balancer traffic to a healthy Node, when externalTrafficPolicy is Local

One such scenario where traffic can be lost is when a Node loses all Pods for a Service, but the external load balancer has not probed the health check NodePort yet. The likelihood of this situation is largely dependent on the health checking interval configured on the load balancer. The larger the interval, the more likely this will happen, since the load balancer will continue to send traffic to a node even after kube-proxy has removed forwarding rules for that Service. This also occurrs when Pods start terminating during rolling updates. Since Kubernetes does not consider terminating Pods as “Ready”, traffic can be loss when there are only terminating Pods on any given Node during a rolling update. 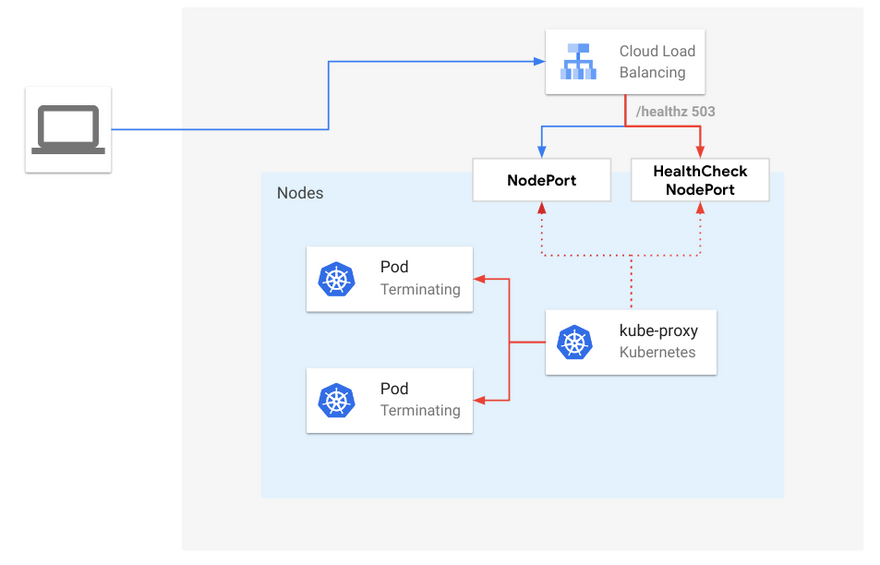 Starting in Kubernetes v1.26, kube-proxy enables the ProxyTerminatingEndpoints feature by default, which adds automatic failover and routing to terminating endpoints in scenarios where the traffic would otherwise be dropped. More specifically, when there is a rolling update and a Node only contains terminating Pods, kube-proxy will route traffic to the terminating Pods based on their readiness. In addition, kube-proxy will actively fail the health check NodePort if there are only terminating Pods available. By doing so, kube-proxy alerts the external load balancer that new connections should not be sent to that Node but will gracefully handle requests for existing connections. 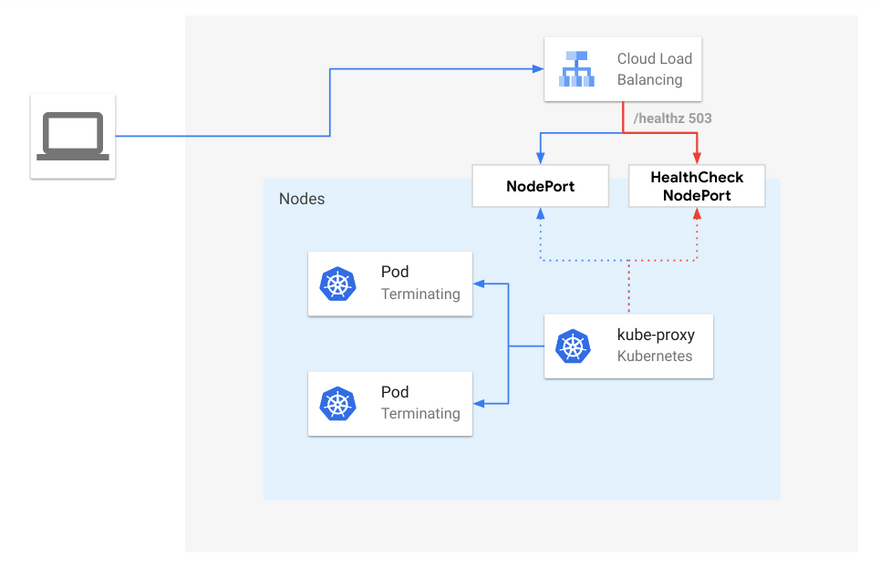 In order to support this new capability in kube-proxy, the EndpointSlice API introduced new conditions for endpoints:serving and terminating. 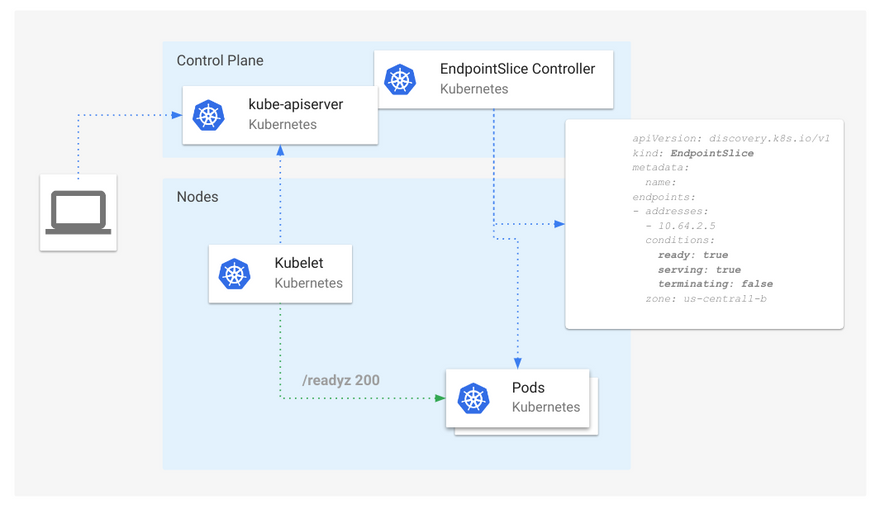 The serving condition is semantically identical to ready, except that it can be true or falsewhile a Pod is terminating, unlike ready which will always be false for terminating Pods for compatibility reasons. The terminating condition is true for Pods undergoing termination (non-empty deletionTimestamp), false otherwise.

The addition of these two conditions enables consumers of this API to understand Pod states that were previously not possible. For example, we can now track "ready" and "not ready" Pods that are also terminating. 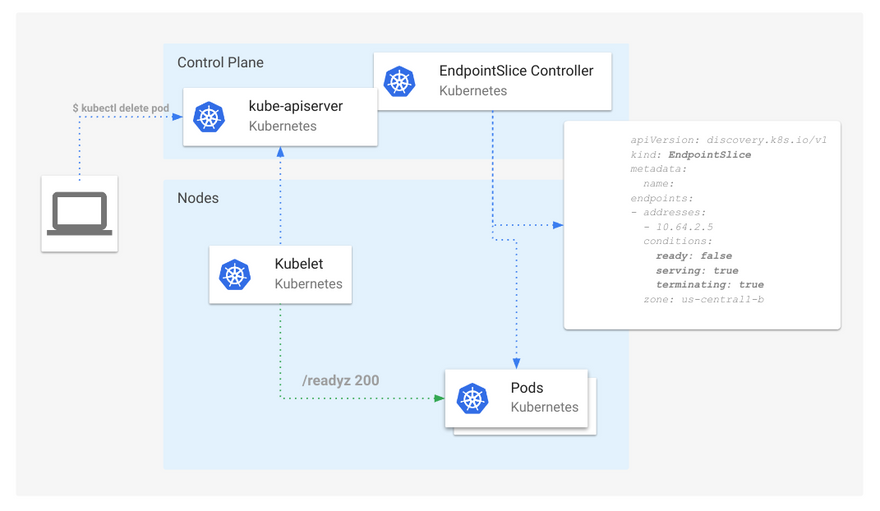 Consumers of the EndpointSlice API, such as Kube-proxy and Ingress Controllers, can now use these conditions to coordinate connection draining events, by continuing to forward traffic for existing connections but rerouting new connections to other non-terminating endpoints.

Similar to how Services can set externalTrafficPolicy: Local to avoid extra hops for externally sourced traffic, Kubernetes now supports internalTrafficPolicy: Local, to enable the same optimization for traffic originating within the cluster, specifically for traffic using the Service Cluster IP as the destination address. This feature graduated to Beta in Kubernetes v1.24 and is graduating to GA in v1.26.

Services default the internalTrafficPolicy field to Cluster, where traffic is randomly distributed to all endpoints. 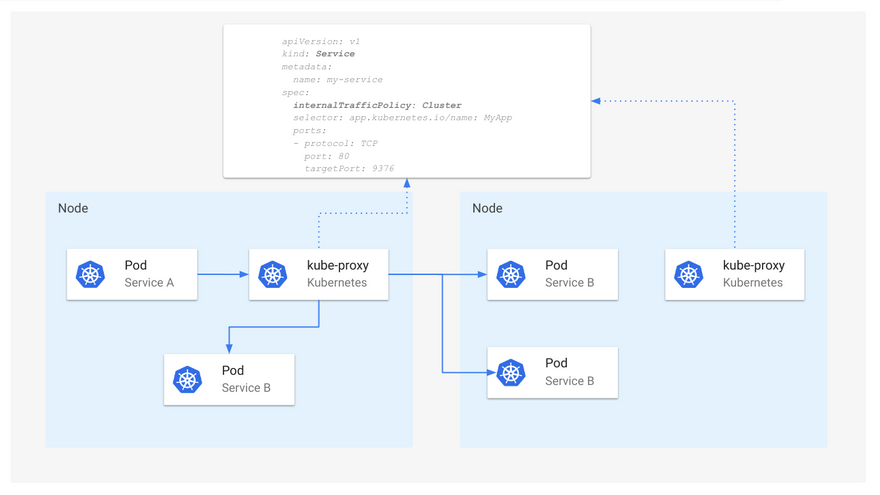 When internalTrafficPolicy is set to Local, kube-proxy will forward internal traffic for a Service only if there is an available endpoint that is local to the same Node. 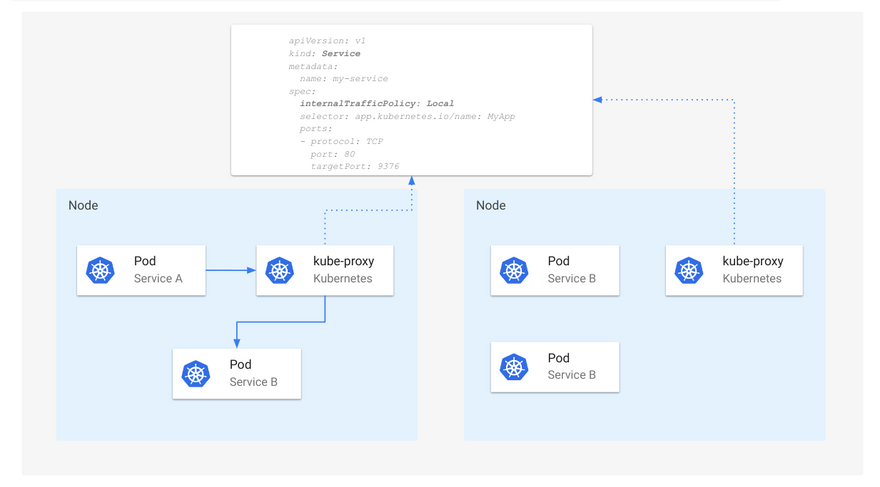 Caution: When using internalTrafficPoliy: Local, traffic will be dropped by kube-proxy when no local endpoints are available.

If you're interested in future discussions on Kubernetes traffic engineering, you can get involved in SIG Network through the following ways:

What is IOMMU; How to check IOMMU is enabled?

How to check PID Limit?

Configure Openshift OVN to use the kernel routing table