In this post, I will walkthrough the process of containerizing a simple Node.js app using Docker then deploying the Docker image to Kubernetes.

Once you have Docker installed, keep it running on the background!

This is a simple Node.js app built using express.

For Node to run, we need a package.json file that includes all our dependencies. We can create this by using npm init -y

Now, lets move onto creating a Dockerfile. It doesn't have any ending extension, only the file named as Dockerfile with the following contents.

Now, we have everything that we need, in order to docerize our simple node app.

In order to proceed further, make sure, that your docker is up & running, along with Kubernetes.

Now, lets build the docker image for our app.

This command will build and docker image for our app utilizing the contents from our package.json file.

The above command will provide the name app to our container and serve it on port 8000.

In order to find which port is our docker image running on, we can use docker port command.

Now, if you open your browser and go to localhost:8000 then you will see the response from our app.js file.

Congratulations! You have successfully dockerized your app.

Moving from Docker to Kubernetes

Now, lets move on to the part where we have been waiting to deploy our docker image to kubernetes.

First, you need to validate and upload your docker image to Docker Hub .

Let's validate the image that is created in Docker with the following command: 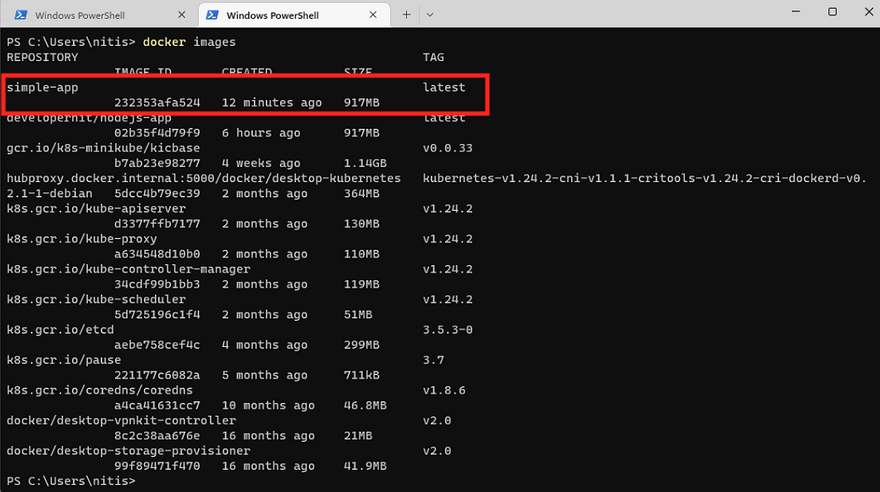 Now, that we have validated it, we can run the following command to login to docker.

Once you have logged in, you can now push your docker image using:

If you run into issue, then make sure you tag your image.
example: docker tag <image ID> <your repository on docker hub name>

Now that we have pushed our image to docker hub, we need to start the container from the image!

Until now we were working locally, but now we will start moving to Kubernetes using our image in Docker Hub.

Kubernetes - a pilot on a ship of containers

One of the major step towards using Kubernetes is to create a manifest file, which ends with .yaml extension and it has a lot of the components that we will go through.

The root level properties of the manifest files are apiVersion, kind, metadata and spec.

This is the version of the kubernetes API that we are using to create the object. Since we are working with pods, we will set the apiVersion as v1.

Pod is a collection of containers that can run on a host.

It contains information about the object, such as its name, labels, etc.
In our case, we are naming our pod as simple-app-pod

This is the last section in our manifest file and it provides additional information to kubernetes regarding that object.
In our case, we are only adding a single item on spec as containers because we will only ahve a single container in the pod.

IfNotPresent -> only pull image if its not present locally
Always -> everytime the kubelet launches a container, pull the image and use that image to launch the container
Never -> does not try fetching the image

To get more status and more details on our newly created Pod use: 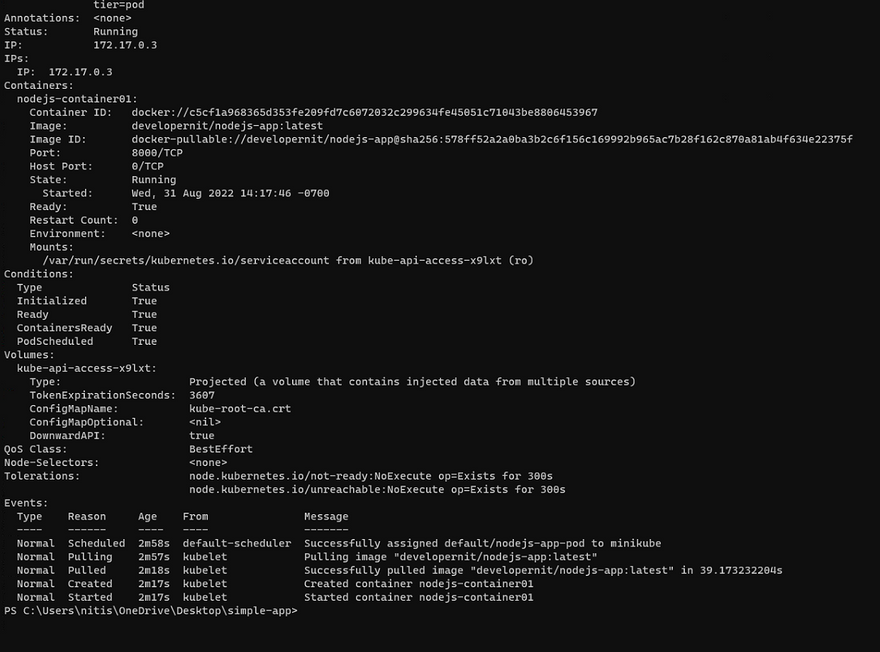 Now, lets run the command to open the dashboard in our browser: 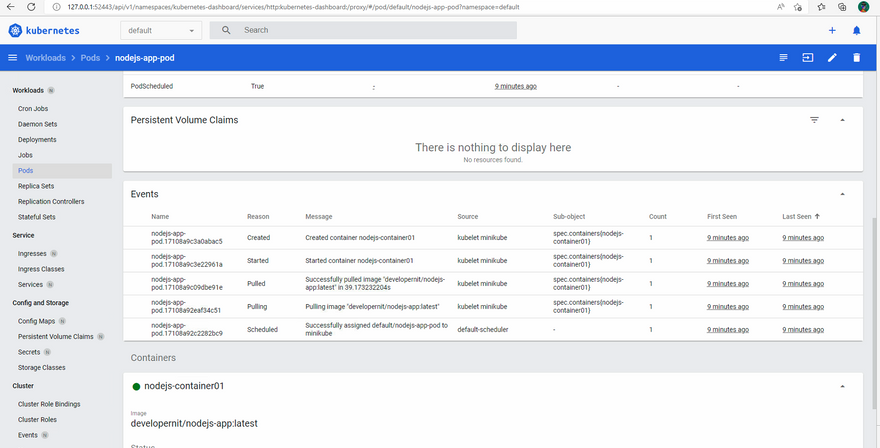 And now you can see your Pod

The process to install and create k8s cluster using Kind in macOS from scratch.

Once suspended, nitishkafle will not be able to comment or publish posts until their suspension is removed.

Once unsuspended, nitishkafle will be able to comment and publish posts again.

Once unpublished, all posts by nitishkafle will become hidden and only accessible to themselves.

If nitishkafle is not suspended, they can still re-publish their posts from their dashboard.

Once unpublished, this post will become invisible to the public and only accessible to Nitish Kafle.

Thanks for keeping Goglides Dev 🌱 safe. Here is what you can do to flag nitishkafle:

Unflagging nitishkafle will restore default visibility to their posts.