Alright, if you are familiar with docker, docker-container and container image then you must have heard about docker hub.

Docker hub is a cloud based service to create, manage, test, deploy container application repositories. In simple, we can create a repository and we can push the container image in that repository. Public and Opensource repository can be used by anyone just by pulling image to the system. It is basically a hub for container images.

Lets get into the docker hub 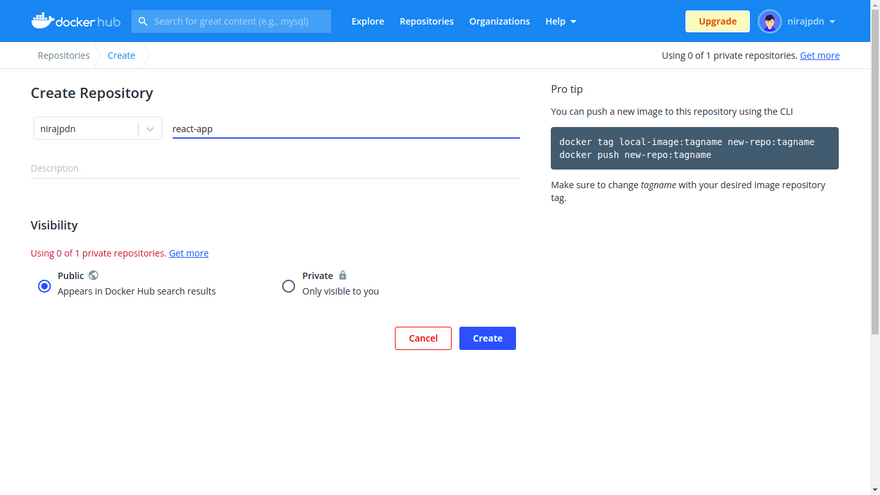 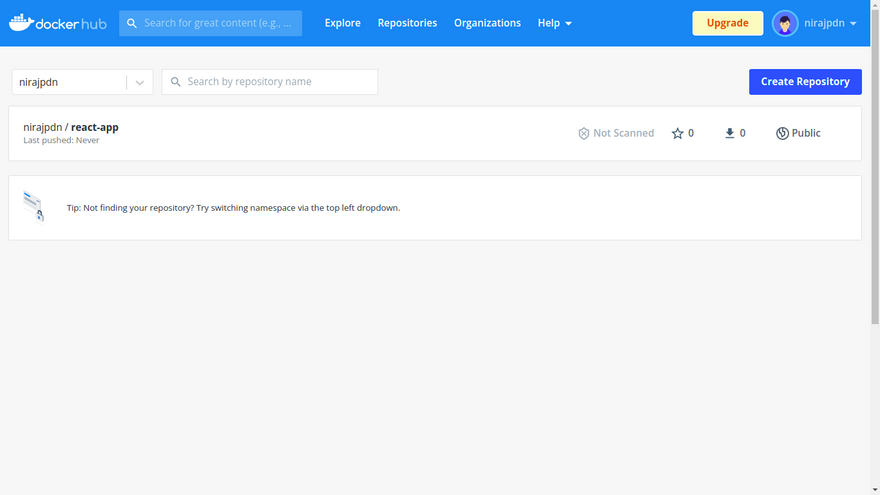 Our container image react-app has a tag name latest by default, so we can change it to our first tag name as v1.

Or we can just build container image again by assigning tag name,

Now we can tag local container image to remote repository

Now, we can publish local container image to the docker hub with command:

If you get an issue of denied: requested access to the resource is denied and not able to push the image to the remote repository because we haven't logged in to docker hub from our system. Lets login with:

After successfully logged in to docker hub.
Lets do above docker push nirajpdn/react-app:v1 command again. 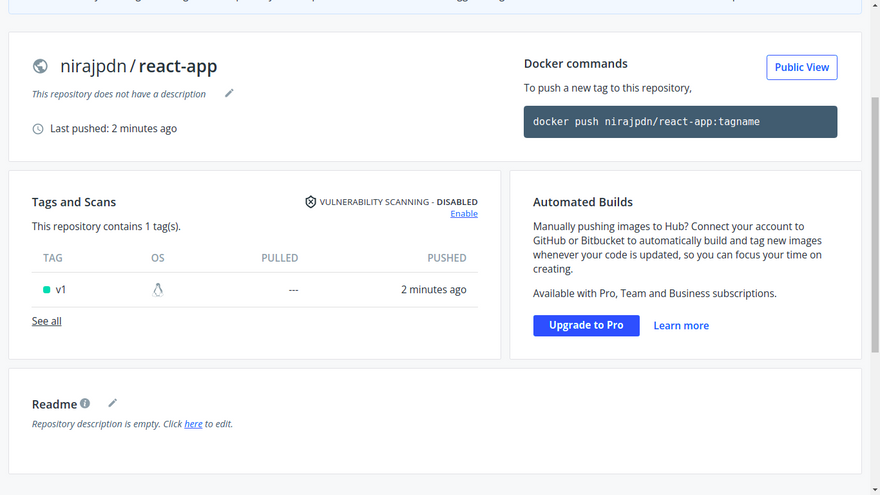 We did it. Congratulations. 😄

We already have image with tag react-app:v2 in our local system. If you want to push that again with tag v2 in remote resository. 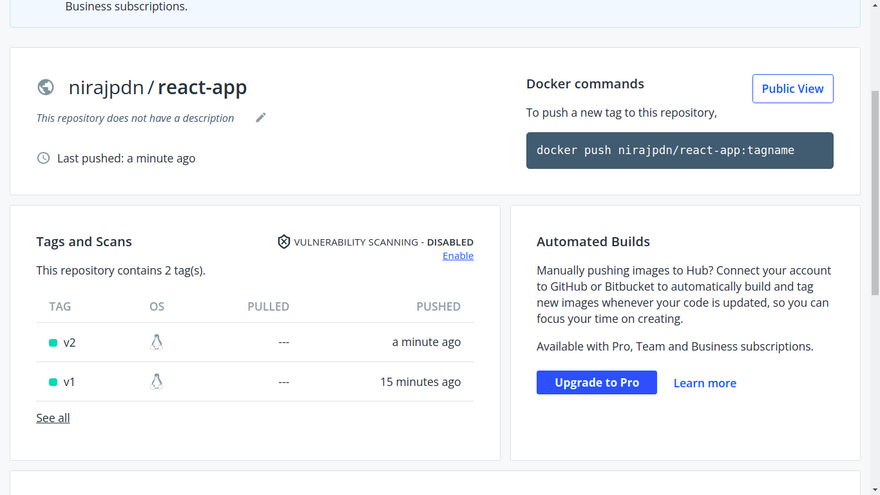 Docker Tutorial | What is Docker?

Once suspended, nirajpdn will not be able to comment or publish posts until their suspension is removed.

Once unsuspended, nirajpdn will be able to comment and publish posts again.

Once unpublished, all posts by nirajpdn will become hidden and only accessible to themselves.

If nirajpdn is not suspended, they can still re-publish their posts from their dashboard.

Once unpublished, this post will become invisible to the public and only accessible to Niraj Pradhan.

Thanks for keeping Goglides Dev 🌱 safe. Here is what you can do to flag nirajpdn:

Unflagging nirajpdn will restore default visibility to their posts.